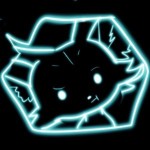 A junior Military Historian. In 2018 I graduated with a Bachelor of Arts in History and a Bachelor of Arts in Art History. I'm also a professional student, specializing in Cold War era military history and American aviation history. I have composed several publications over the last four years, and continue to publish writings and photos to various journals, publishers, and blogs - including this one.

As Operations IRAQI FREEDOM and ENDURING FREEDOM continued onward into 2010, rhetoric and policy began to change in Washington. President Obama had pledged an eventual drawdown of American forces throughout Southwest Asia (SWA), and Robert Gates, the Secretary of Defense, indicated that a new operations title was needed to better END_OF_DOCUMENT_TOKEN_TO_BE_REPLACED

Title: Guests: Historic Affairs: History in an Age of Media bigrevkev289 Type: Presentation Date: Friday, 26 March 2021 Time: 18:00 CDT – 19:00 CDT Location: The Havoc on Twitch Streaming: HistoryKid Live Stream Availability: Open to the Public   This event has already occurred and has been archived.  You can END_OF_DOCUMENT_TOKEN_TO_BE_REPLACED

In April of 2008, Operation Enduring Freedom (OEF) was well underway across Afghanistan and neighboring regions. The campaign had been launched in response of a coordinated terrorist attack on American soil on 11 September 2001. The situation in the Afghani territory of Helmand in early April of 2008 was that END_OF_DOCUMENT_TOKEN_TO_BE_REPLACED

Title: From the Shadows: The SR-71 Blackbird Type: Presentation Date: Friday, 27 November 2020 Time: 18:00 CDT – 19:00 CDT Location: The Havoc on Twitch Streaming: HistoryKid Live Stream Availability: Open to the Public Presentation Slide Deck: THON.PPT.201127.001   This event has already occurred and has been archived.  You can END_OF_DOCUMENT_TOKEN_TO_BE_REPLACED